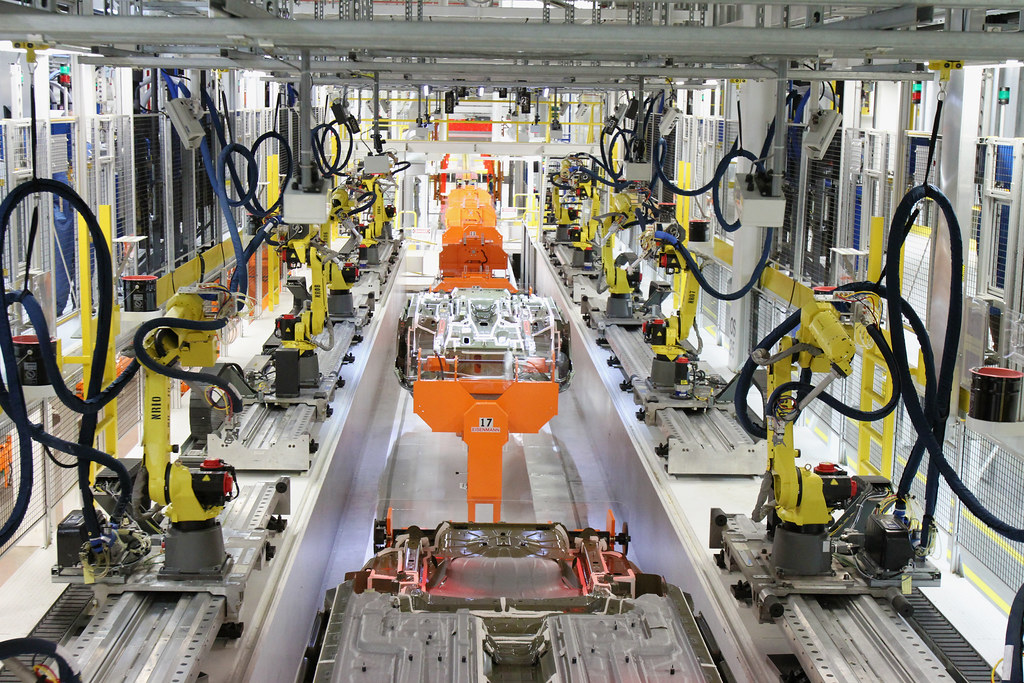 Will Robots Take Over The Assembly Line?

There is no doubt that many people working on production lines carrying out repetitive tasks are worried that a robot could cost them their job. Is this a good thing, and is it something new, or has it been going on in the background for a long time?

Is the increased use of robots going to be a problem?

Current thinking is that this very much depends on what job you do and what job you could do, something that is highly dependent on your education and ability to be trained to do new, potentially far more ‘exciting’ things.

There has always been a large section of workers who are deemed to be ‘unskilled’. Such a person may just carry the bricks for a ‘skilled’ bricklayer, and many people are content to do this sort of work.

The trouble is that jobs like that can be and are increasingly being mechanized, including the use of a robot. These jobs are therefore increasingly in danger, and that is what worries many unskilled workers today.

But before we go into this any deeper, perhaps we should define what a robot is.

So what is a Robot?

What image comes to mind when you think of a robot? Is it something out of Star Wars, Terminator or Lost in Space, or a huge machine that lifts the parts of cars off one line, places them and then welds them together on another?

Both of these fall into the definition in Britannica –

“Robot, any automatically operated machine that replaces human effort, though it may not resemble human beings in appearance or perform functions in a humanlike manner.”

By the way, if you are interested, the word ‘robot’ appears to be derived from the Czech word ‘robota’ which translates to ‘forced labour”, “serf” or “slave”.

But back to the point. As you can see, robots don’t have to look remotely human, but they do need to be able to sense, compute and act. Whilst that may seem a lot to ask and be quite ‘human’ and really new, consider the fact that many production lines have machines that you would never think of as a robot, but in reality, are.

Take the production of baked beans. The production line produces thousands of tins of beans an hour, but before they are packaged up and dispatched, each can is tested by a ‘robot’. It ‘senses’ whether the top of the tin is buckled (as this could mean the contents had gone off), ‘computes’ whether this is in tolerance and then ‘acts’, either by allowing the tin to pass, or by ejecting it from the queue. Perhaps not what comes to mind when you think of a robot?

Lets face it, the mass production lines that the modern world has come to depend on would simply not be able to operate without these robots, humans being too slow (and unreliable).

How are robots currently used?

As mentioned above, machines that could be considered to be robots have been in use in various forms for decades, the automotive industry using them for over 50 years. Here they are used in the assembly line process and also for product testing.

They are also used in the manufacturing of Electronics, Food production, Agriculture and even in the field of medicine. The latter is particularly interesting as it is heralding a change in they way we use robots, these not replacing humans but ‘helping them to do the task in hand’.

So what is likely to happen?

There is little doubt that more and more unskilled work will be carried out by ‘robots’ of some sort or another. In many cases, this will be to the benefit of the human worker as it will remove them from having to do potentially dangerous (and perhaps tedious) tasks.

Besides these benefits, there are other, perhaps even more worthwhile and ‘exciting’. To explain this, you have first to understand that even the most sophisticated robots need the help of the humble human at some point to be able to function. Besides any maintenance, there is the matter of programming the machine in the first place. This is not an easy task as the level of ‘understanding’ that machines have is low despite advances in Artificial Intelligence. Just think of trying to program a robot to make a cup of tea, breaking the task down into small chunks, and you will see what I mean.

The fact that these sorts of jobs will be created because of robots has led some to believe that more jobs will be created than lost. Not only that, but they could also be considered more ‘worthwhile and will be more highly paid, so in the end, all parties, workers and employers alike, will benefit.

The Future is Collaboration

Perhaps the most exciting development is that of collaboration, where robots assist a human to carry out a task rather than replacing them. You could think of them as a form of an advanced spell checker. These do not write for you, but they do help with spelling and grammar.

One current example of this is in the field of surgery, robots being guided by surgeons to perform complex tasks. However, it will be the advances in Artificial Intelligence that will really make the difference in the years to come, and we cannot be sure at the moment just how far that will remove the human from the equation.

But What About NOW

It is plain to see that any business using or thinking of setting up a mass production facility needs to consider how robots can be used to improve efficiency and profitability. But it is not just a matter of inserting a robot into the line; there being all sorts of issues to consider. This is where you need expert help, and in the field of engineering and automation, there is no better than Sandfield Engineering – Sandfieldengineering.com

For more information and to find out how they can help your business, please do visit their website.

How To Add A Personal Touch To Your ECM Services

How Training has changed over the decades

Is it safe to buy backlinks and Why should you buy them?

Advantages of a Banking-as-a-Service Approach for Banks

How have cybercrimes impacted small businesses?